You are who you are because you are doing things the way you used to do them. If you don’t change this, you will never succeed to bring change in your life. And what most of the people usually do is just procrastinate. If you want to change your life, start acting differently! 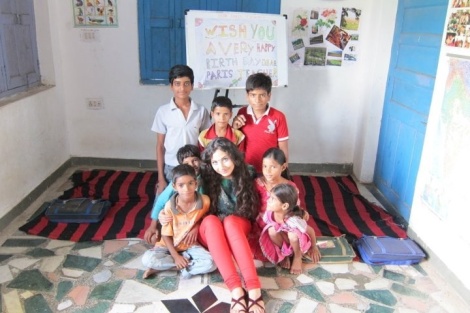 So, it was the beginning of September and I was a week away from turning 20. At this time, I was feeling like I was much more mature for my age because of all the things I have been through in my life. That is why I prefer not to judge people nor by their age, neither by their words. I make my opinion only by their actions. Even then, I cannot be 100 percent sure, because unless you have been in someone else’s shoes, you could never completely understand him/her. Anyway, never underestimate the age of the person, because it brings a piece of the perception of him about the life.
It was first day of the month and my last day in the guesthouse. I spent the morning talking as usually with papaGi, the father of S.(in India they put Gi at the end of the name to show respect). He told me that he is worrying because I did’t seem in a mood the last couple of days and he asked if I have some troubles. I answered that I am just not feeling fine, but I did not say to him the reason why. PapaGi was nice during my stay and I have a good memory about him because I really believe he is a good person and not a selfish one. He, at least, felt that something wrong is going on with me and I think he was honestly concerned about it. So the rest of the morning I spent systemizing the material I thought the kids in the afterschool program. I searched and chose different helping materials like YouTube videos and articles and made some files, so the next volunteer would have the possibility to use them and he/she would get used to the atmosphere faster and start working on his own ideas. 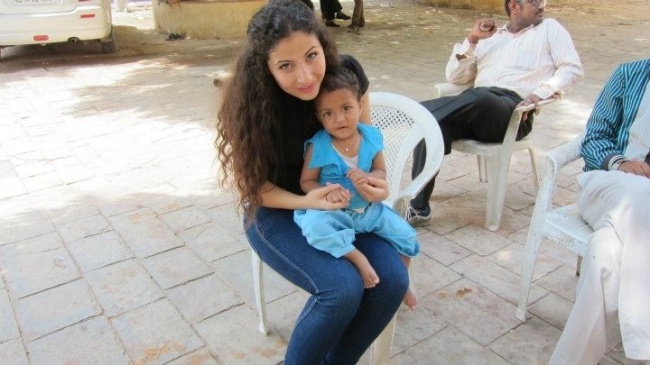 That day I had another occasion to be happy about – the kids in the center were doing very well with the material and all the tasks I’ve made for them. I was nicely surprised that the mother of one of the girls – Indra, that I stopped teaching, because while we were washing our hands after the lessons she slapped hard one of the kids with no reason, came to ask me if we could allow her daughter come back and study with the others. I felt happy because this showed me, that the kids really enjoyed my help as their teacher and wanted to continue their studies with me. The problem was that I can accept many cultural and personal differences, but the violence is not one of them. The thing that shocked me was after I explained the mother the reason why I decided to ask Indra to leave our program, the woman was angry and tried to hit her daughter. I stopped her, but the I realize that what you teach your kids and what you show them at home, they do outside. And it convinced me what great influence the family environment has on the kids while growing up. In the early afternoon I went to a private school (I mentioned it in one of the first articles) and me and S. attended one of the classes. The kids were very disciplined and the teacher was so strict and fast like she was not a human being, but a machine. She was reading an English article and asking the kids some questions, and meanwhile she was also translating everything in Hindi (you can draw a conclusion how useful and effective learning process was that). The headmaster of the school wanted that S. and I would be helping them with the learning process, but I was not so much enthusiastic of that idea. I would have liked to help with everything possible for me, but I thought that the kids in our after school program were in worse position than the kids from the private school, so I preferred to dedicate my energy and work to them. And trust me when you work with many kids at different age and level of knowledge it is quite exhausting and at the end of the day you just want to prepare the lessons for the next day and then go to sleep. So, an useful advice I can give you is that it is better to help one student, but effectively, rather to try to teach ten students and at the end to leave them with no skills and knowledge. Do not overestimate yourselves and know your limits. I asked S. if he was insisting on helping in the private school just because he will spend more time with me and he did not deny. So I decided not to take any risks regarding this.

Later that night, when we finished our work in the center, we went back home and I started playing with the dog in the house. Outside was pouring and S. decided to make some tea and made me company while I was packing. We were talking a lot for general topics and I mostly asked about his previous experience with the organization and his work. It was interesting for me to know more about the work of the other volunteers and about them personally. He told me that there were many hippies and most of the people that came and helped were without any financial capacity. He also told me that there was one woman that was rich, but from his words she seemed very harsh with the kids and even a racist. She was calling them rats and she was very frosty with them all the time. At the end S. decided to send her to work with another organization, because he didn’t want to offend her by just asking her to leave. The story about this woman made me wonder why she was volunteering in India. I was not surprised by her rude behavior; after all, I meet almost every day unfriendly and nervous people and even racists. I was just wondering why a woman with so many prejudices and issues has decided to go and help. According to me, everybody has the freedom to do what he/she wants, as long as he/she don not harm anyone. I just hope that people will choose more wisely if they are ready to do voluntary job. Because giving feels so much better than receiving and it is the best experience, I have ever had. Nevertheless, if you are not mentally prepared, it can cause you a lot of stress and be so annoying that you can become rude with the others. I know that the kids I was working with, and every other kid, do not deserve less that the best behavior and attention. So I would like to end with an advice. Chose wisely who you want to be. From the bottom of your heart! Because many things can look very attractive – e.g. helping the needing ones, but sometimes it is not your piece of bread or it is not the right time for you. So as Alexandre Dumas once wrote – “Wait and hope”.

One response to “India 17. You are who you are because you are doing things the way you used to do them. If you don’t change this, you will never succeed to bring change in your life.”