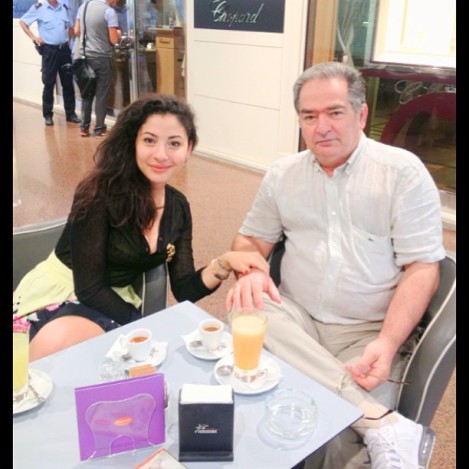 It was 3rd of September and my father was turning 65! Happy birthday to the most incredible father in the world. I am the happiest girl in the World that I have him as my support in life. I love him eternally from the bottom of my heart. I was very sad I couldn’t spend that special day with him. I woke up in my new place with an incredible mood. I had no lessons with the kids and I had the whole day for myself. I read all the morning and then had some fruits down in the hotel for breakfast. 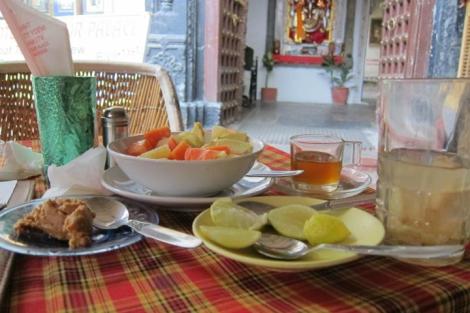 Later that day I was planning to go to a cosmetic studio, where I wanted to try eyebrow threading. It was an effective and easy procedure that took only 2-3 minutes. It was interesting for me to find out that in many beauty salons in India there is a procedure called bleaching. In other words – making your face brighter with fairer look. I was always wondering why all the girls were wearing big scarves and sunglasses, covering their whole faces but later they explained to me that they were doing this just to protect their skin from exposure to the sun. People in India believe that the fairer skin the girl has the more beautiful she is. If not, she must have incredible features to be considered beautiful. I explained to them that in Bulgaria, on the contrary, girls prefer darker skin and they make all kind of procedures to achieve that. They were amazed.

Later that day, I spent the most precious time with the painter, who was giving private lessons in the hotel, as I already mentioned. During my time in India, we became really good friends. I painted for three hours a picture of a pleasant on a silk canvas, which is a symbol of a beauty. It was a birthday present for my father. 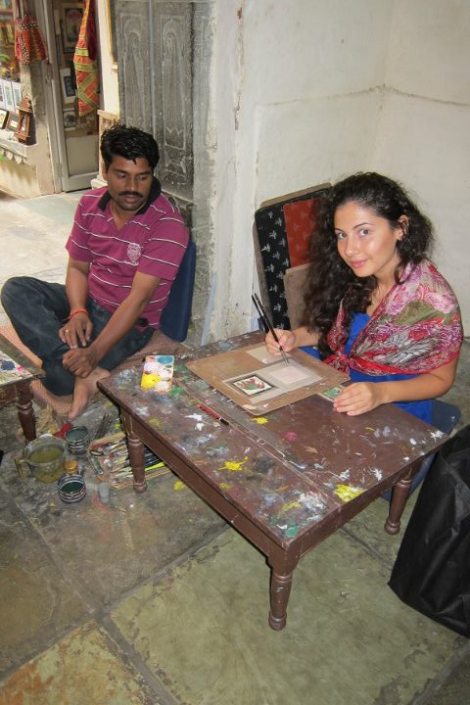 Anyway, something very disturbing happened that day. The painter was very kind to me, but as we talked, he asked me some questions that brought some worries in me. Even nowadays, I cannot tell for sure what was true and what was not. The painter mentioned, that S., the leader, was coming almost every day at the restaurant in hotel with different people, who were sponsoring the after school program. He did not tell me anything directly, but he left me with the feeling that S. was using some of the donations in an inappropriate way. In his family only his father has a work position in the union of a local university, but even he has no active occupation, because he has responsibility only once a month. The painter asked me how, in my opinion, a family, where nobody works, support itself and meanwhile maintain a guesthouse for volunteers? I didn’t answer that question immediately, because I believed that no matter the problem I had with S., he and his family were good people and wouldn’t use the money, donated for the kids, for their own gain. As I told you, even today, I cannot tell what the right answer is, but I hope that the kids are in good hands. While I was painting, the painter mentioned another thing that got my attention. He asked me if I have shopped around the tourist area and he explained to me that many salesmen have made internal monopoly, and knowing that you are not local, they always make you pay overrated prices directing you from one shop to other. Later, when I was staying in Agra with my sister, even our driver confessed that he usually does that and when he bring some clients to the shops, they pay him a percent from the profit. While we were In Agra, (the town where Taj Mahal is sited) I was really annoyed seeing this all the time; Indians always take advantage of the tourists and offer them higher prices. A little while after I have come to India, I got used to this and I learned how to bargain, but still, I was very disappointed every time when someone tried to cheat me. Everything in India is so cheap, compared to our prices, and I understand why they do this, but I think it is just not fair profit.

I love to paint and I do it since I was a little child. I’ve always dreamed to be a businesswoman and a painter at the same time. It is amazing when you create everything with your bare hands, mixing colors with the brushes, exploring new shades. For me painting is kind of meditation. I usually don’t think of anything else when I am standing in front of the paper, creating something. For me art is a blessing and I appreciate and enjoy almost every form of it.

That night I had dinner plans with the doctor and after I finished my lessons, he came and took me out. It was so easy to talk with him and I really enjoyed his friendly company. Kapil is very gentle man, and it impressed me that even though he eats meat, while we were having dinner he did not order any, because he knew I was vegetarian. 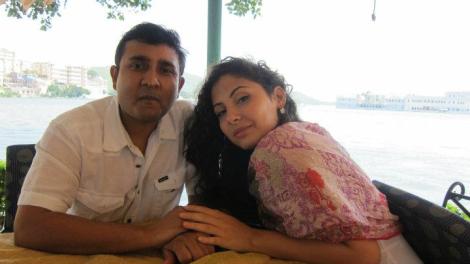 He told me that I must be very lonely having no true friends outside the organization and he proposed me to introduce me to a girl that is a good friend of him. He suggested that maybe I would feel much better in the company of a woman and he told me some things about her – she was very successful and intelligent young woman that worked in his hospital as a dentist. He told me that he is very happy to find people like me – young and ambitious, who are ready to help the needing and he congratulated me a couple of times for my work and told me that I was like an angel in his eyes. I felt a little embarrassed, but very happy at the same time; it is nice to know that someone is appreciating your efforts and work. At the end of the night, he asked one of the waiters for a pen and he wrote something down on a napkin. It was saying: “Dear Paris – U r one person who knows her limitations, but has no idea about her abilities”. Two years later, I understood that he believed in me and in my abilities, from the very beginning of our friendship. I still have the napkin and it has become a symbol of faith to me; a reminder, that I need to believe more in myself and a motivation to be more determined for everything I love doing. Only in this way, I will succeed to reduce the limits in my life and will obtain all my goals. The same goes to you too, my dear readers. Thank you, Dr Kapil Sharda! 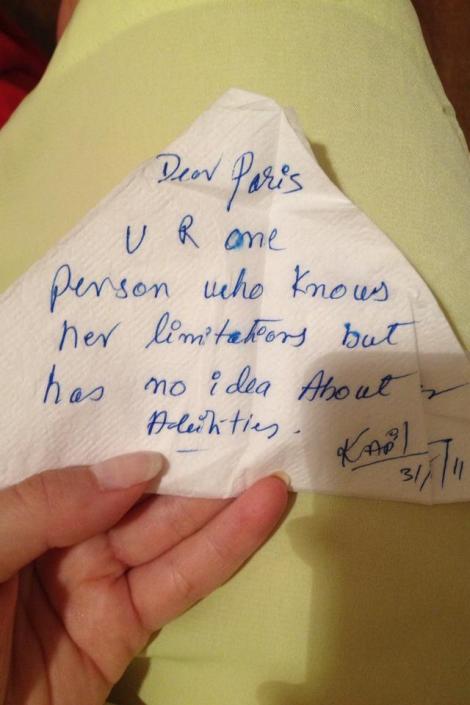 One response to “India 19. “Dear Paris – U r one person who knows her limitations, but has no idea about her abilities””