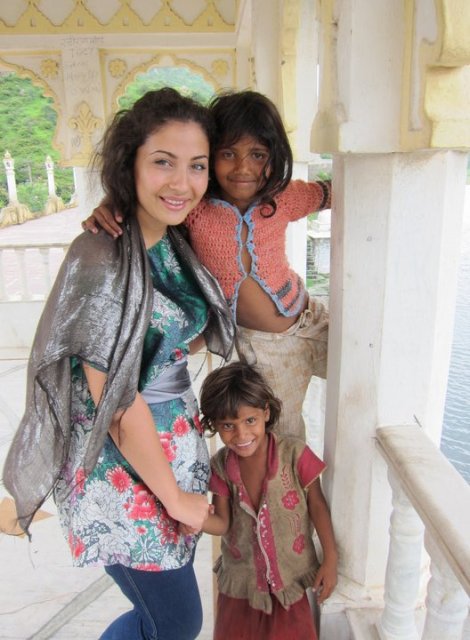 How I got here?

I made the decision to volunteer abroad, while I was preparing my exams after the 1st year in university. I am studying Political science and you know how it is in the beginning – you want to change the World, you have plenty ideas, you want many things to happen. Fortunately, I am the kind of person that not only wishes things but also make them to happen. So I decided, why not, I can do that first step from my side to change something.

A journey consists of many little steps, always. So I started searching for different organizations and causes I could support, I sent my CV and motivational letter to some of them and many associations wrote me back with proposals to work for them. My idea was to choose between India and some regions in Africa or Mexico. I knew I wanted to be a teacher first because I had previous experience and second because I wanted to teach students that don’t have an equal possibility for education as people in more developed societies do. Finally I chose India because I wasn’t feeling enough prepared to go in Africa or Mexico since as far as I made my research it is far more dangerous there. And this is not the only reason. Many years ago I have read an article in ‘Geo’ magazine called “The biggest exam”. It was about about how thousands of Indian students are trying to succeed in an exam that provides them places in particular universities and after being graduated they could find easily a good prestigious job that will bring them a very good income compared to the normal standard in India. It the article it was also mentioned that having a time and resources for the educational process is very hard among this Indian kids and two years of preparation costs them about 100 dollars which is impossible amount for them to pay. This particular problem provoked one successful teacher there to create a group consist of very intelligent students and he was able to help these kids with the preparation for free. Unfortunately, for one year he had the possibility to support only 6-7 students. So I thought if more teachers or people with skills can do that, much more Indian students would have the chance to study and apply in a good university, which as I mentioned, will assure them a better living standard. So I had this inspiration that I could teach little students maybe not for this exam, because I am not enough skilled, but for basic knowledge. And not only this – I could motivate them to have dreams, to be ambitious and to believe that they are in full capacity to succeed in life, no matter if they are born less fortunate. I wanted to show them, as Albert Einstein said “Education is not learning the facts but the training of the mind to think.” 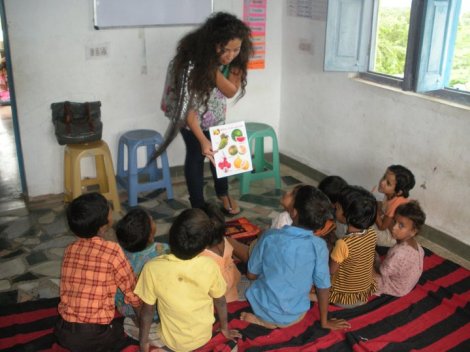 In the center, where I was teaching, there were many kids so one morning I decided to make them name badges so that I can memorize and recognize them easily. I went to the kitchen in the guest house to get a scissors and I saw a little mouse running though the kitchen and then hide between some jars on the floor. I was shocked. I mentioned this to the leader of the organization (S.) later while we were talking, but he wasn’t surprised. He also told me that this is a pretty normal thing and I was lucky the mouse was little. But you know what they say “Where is one, there are many”.

Then I went to the supermarket to choose some healthy fresh food because almost everything in India is fried and cooked with a lot of oil. I wanted at least to be able to prepare some salads, because I was on a diet and I was trying to eat at least 51% of fresh food every day and to drink a lot of water. I wanted to buy also olive oil and Himalayan salt (I prefer it because the sodium in the normal salt, has the ability to retain water in the body, by “forcing” it to eliminate potassium, thereby increasing the work of the kidneys which become functionally overloaded.) In the big supermarket where you can buy almost everything from food to shoes and juicer, it was overcrowded. There were so many people and we were supposed to leave our bags on the entrance, where is the security check because inside there are no cameras and usually many people steal things. I was surprised because inside it was not clean at all, and while shopping my hands and even clothes became very dirty. When I entered there was a man, talking on a microphone, promoting loudly ‘the deals of the day’ and when I left, an hour later, done with the shopping, I was still hearing his voice in my head. I found this very annoying. 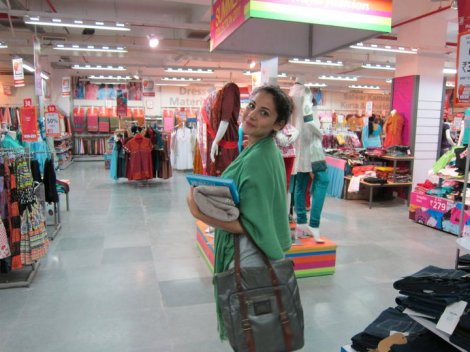 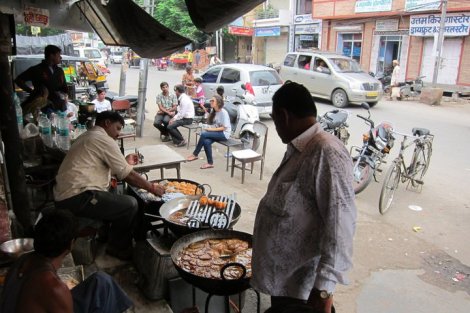 One of the things I found really strange was the price of the products imported from another countries. For example a bottle of olive oil costs 22 euro per lit, but you can buy a big bag of vegetables and fruits for around 100 Indian rupees, which is around 1,5 euro.

To be honest, I wasn’t very prepared for their way of living. I am a very patient person, but only after 10 days there I realized that most of the local people are just not listening to each other. They use their car horn all the time and also take out their hands trough the window to direct each other, instead of using their turn signal. When they talk  they are extremely loud and sometimes evey shout. Indians sell the medicine on the street in small open pavilions, among with shoes, food, office supplies etc. I felt like I was 20 years back in the past. 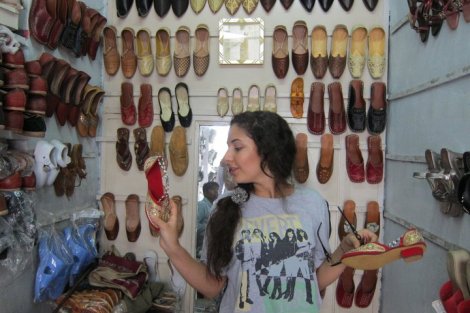 To be honest I was so terrified of so many things in there that I felt a little bit lonely. I was 6 thousand kilometers away from home and because of the lessons for my students that I was preparing every day I was not able to find time for Skype conversations with my friends and family. But that was what I meant in my previous articles – we need to get out of our comfort zone to make things happen. To make a difference. Because I knew that this was my sacrifice to succeed in this journey. I knew that the kids deserved all my attention, so the next day I was going to give them the heart-shaped badges and just to forget about the mouse, the noice and the dirt. Because these kids were my heart. They were everything that I loved in this very moment. So keep calm and carry on, Paris.

And you my dear readers, stay with me on this adventure of mine and wish me luck! 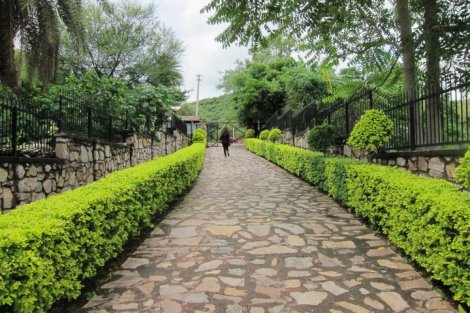